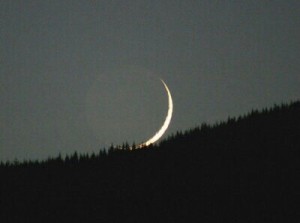 A good time to reflect, reorganize and set a fresh direction for ourselves….Here is the info on the new moon…Enjoy

The time to end the violations of the Patriot Act is at hand. Now is our chance to begin to end the abuse that has been inflicted upon the people. If after all this time under its control we can’t see how truly evil it is, then I guess we never will. We were hood winked by September 11th, let us not get hood winked again! This is our time to break free and move froward. Please take time to sign this form to end parts of the Patriot Act….I would personally like to see it gone altogether, but this is a good beginning I guess. Better than nothing.

Music to read by below:

It always amazes me how life works. You do one thing but end up learning or seeing something else. It is an example of all the little ways we can learn and expand even when we aren’t expecting to. I watched the last half hour of a show on TV that I came across this morning. Mostly out of curiosity, but towards the end I realized I was seeing the bigger picture once again and being shown not only a lesson to be learned but a direction to go in next. As I always say in my writings, “Out of all bad comes the good”, we just have to stay aware and look for it. It is always there for us to grasp onto. I find a great deal of chaos and upheaval going on in the world and at times it can become overwhelming and very disheartening, but as these chaotic disasters occur what is the lesson beneath the tragedies we are witnessing? Are we getting the messages or are we just wallowing in the chaos and tuning out? It is so important we don’t tune out. The show I spoke of that I watched, was about life after Armageddon and how people survive the ravages of destruction. As I watched what the people were going through, who was rising up in violence and who was lending a helping hand, I heard and saw the message loud and clear we are all meant to know and understand.

In times of desperation we often see the impoverished displaying the most unrest and acting out. Their lives are  already hopeless, so what do they have to lose, they have little and they see no way out of the dilemma they are trapped in. If an Armageddon type scenario ever broke out in the world, the unrest and violence would be overwhelming on so many levels, danger would be everywhere, but would it not be of our own doing? Far too long we have allowed the world to be divided into the haves and have-nots. We have survived in our own little worlds of comfort and looked away from those who had nothing. We saw them as THEM and WE were not like them. But we are in every sense of the word. By allowing those who have very little to continue to suffer the effects of not having what they need to have a good life, eventually those very souls will turn against the world that has tuned them out forever. How can we expect respect and consideration of others from those who have never been shown it, by those who were never allowed an education so they could move ahead and join in and be just like everybody else? This is the lesson we must learn! We may not be able to escape the immediate violence and chaos of an Armageddon that gets inflicted upon us, for it has been in the making for far too long now, but we can rise up and say ENOUGH to anymore further alienation from well deserved people! We can force an end to living divided lives by our words and actions and no longer remaining silent to injustice.

Today is Mother’s day. How many mothers are suffering today around the world because of injustice? That is what the new world is all about. Fighting hard to end injustice and our loving and caring for all people because they are us and we are them. This is the message I received today, this is the direction I see we must all go in now and far more actively than we have been. This is the point in our evolution where we not only see the problems, we no longer allow them to be. We are so much better than this. It takes very little to activate and promote ways to end injustice. It takes a loud voice, a determined spirit and a strong desire to see the world change for the better. We can do this, we must do this and we will do this! I send prayers, hugs and love to all those mothers unable to find joy and love today. Please know your suffering is coming to an end as more people wake up and take a stand for what is right!

Happy Mother’s day to all my mom readers…May you all have a wonderful day and enlighten all those around you to the beauty and wonders of life. As the saying goes, “Life is what you make of it”. Go out and make it a masterpiece. Thank you all for being a part of the family here. Blessings and love to everyone….VK 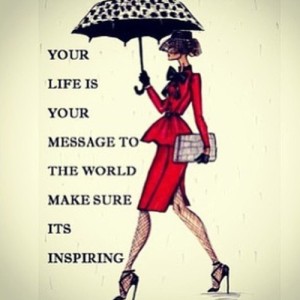 For all my foreign readers again I am going to comment on a story arising out of the U.S. but hopefully it still can apply to all everywhere. Recently the televisions around the country lit up with the news that two men from Arizona tried to attack and kill a group of people holding a cartoon contest reminding many of the Je Suis Charlie massacre in France. Of course the voices began screaming for free speech and the challenge for supremacy of the airwaves. While I am a staunch believer and supporter of free speech and all other rights we hold dear, I feel we are missing the bigger picture here. Most of course concentrate on the free speech angle but I ask them all to look a bit deeper into what is going on here. Yes we have the right to free speech to say what we feel, but I think it is time we consider more closely what we are saying. As we move forward into this new world and new paradigm, are we not meant to be thinking and acting from our hearts and a place of love? I ask you then, how is feeling a need to mock or belittle other people or other religions coming from a place of love? To me it shows ones own inability to stand on their own merits and accept all in the world as equal. Do I believe what ISIS is doing is correct? Not at all, it is evil in that they partaking in killing others and stripping them of their freedoms which is wrong, but what right or desire should I have to mock them? Does it not lessen my stature in the world to come down to their level rather than being able to rise above it?

Humanity’s need to put others down to raise themselves up has been going on forever, but that does not make it right. We are far greater than having to stoop so low. Were we not told as a child ” If you don’t have anything nice to say, don’t say anything at all”? At an early age we were being taught that trying to lessen somebody or something else only lessens ourselves. Our mission is to move beyond this small-minded thinking to occupy far greater spaces. By continuing this way of thinking and being, we remain trapped in the old paradigm that we are desperately trying to free ourselves from. Putting others down is part of the old way of doing things and free speech is being used yet again to keep us locked into that old paradigm by placing the attention on speech rather than the real issue of learning once and for all not to put others down or see ourselves as being better than others.

If we don’t start learning these lessons we are never going to get free. Even the President’s inappropriate dialogue calling the rioters in Baltimore THUGS is just another way of remaining locked into the old paradigm rather than finding the ability to rise above it. Tell me, what good did it do to call them THUGS? Did it help heal how the black people feel? Did it offer hope to them? Did it say ” I understand your plight and while what you did is wrong and punishment is deserved, I understand why you do the things you do and I will try to create more jobs for you, I will better your education, I will give you hope and opportunity to raise yourselves up”? No it most certainly did not and so the old paradigm continues to drown us. Maybe the President doesn’t want to move forward and rise above the old ways, but we do so we should not allow this old abuse to continue. Unless we speak out, unless we make it abundantly clear we will not live this way any longer, it will continue. We are better than this. Putting labels on people or belittling them is part of the dark ages. We are now part of the light age and that means accepting all others as equals, supporting others and helping them to rise up out of the darkness.

Please tell me how mocking or creating distasteful cartoons about someone else’s God is making the world a better place or making them better people? It is not doing any such thing except shining a light on that persons inability to raise themselves up to a higher space of integrity. Do they have the right to say what they choose to say? Absolutely! Is that way of thinking and acting what we want to see in our new world? NO! I say again, we are better than this and it is about time we begin to be who we truly are. If ISIS chooses to continue to butcher and pillage that is their sad choice and let the military resolve that problem, but we don’t need to lower ourselves as well. If we wish to be better we must act better and finding pleasure, fun or sport in putting others down is not moving forward, but instead is standing still in the old paradigm.