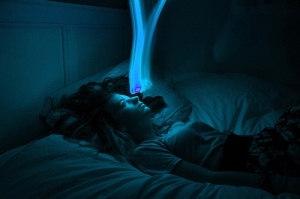 I don’t know about anyone else, but for quite a while now I have not been able to watch news of any kind as I am hyper sensitive to Lying and that is all we hear these days. People would be shocked if they truly understood the lengths the media will go to to spin a story a certain way. Truth is almost nonexistent any longer. I’ve day dreamed about finding a way to start a truthful media source but it would eventually get hijacked. That is how everything gets run into the ground these days. The same goes for magazines and news papers and social media. Well damn, I thought. How the heck can we ever level the playing field here and have a fair chance of moving society ahead? It seems like a very daunting task to take on if it would ever be worth it in the end anyway.  Sigh.

Then I began thinking about us, we the people. Isn’t that where the real strength lies anyway? The elite may be at the top and think they are safe from downfall, but who carries more mass? Like the common example of the pyramid, the mass is shown at the bottom, it is the foundation of all that is.  The top is but a small point on the structure and could not possibly exist if it were not for the entirety of the structure as a whole. The bottom mass is necessary in order to hold up the top. We people of this amazing world make up the the bottom mass, the foundation, the strength, we hold everything up.  If we desire change then it stands to reason that change comes from the bottom up! It is we who can decide who or what we wish to be at this time of rebirth we are witnessing. So, how do we get around that huge boulder in the road ahead and rethink ourselves into a new way of being?

The change we need to see must come from the core of who we are. It must create change that moves us forward and into becoming more than who we are now. I think so many of us feel we are better than what we are seeing taking place right now, life has far more meaning than what it is being given, life should be respected fully and appreciated. Sounds good but we are drowning in dishonesty and violence and evil. We have been given this grand opportunity as this paradigm shifts into a new one, to make things right at long last. If we intelligent human beings can come together and work hard to master the art of mental telepathy, then dishonesty, hoodwinking, cheating, lying and all the rest of life’s dirty secrets come to an end. If we are able to know what others are thinking we are forced into being truthful, living truthful lives( Hopefully most will want to be truthful and not have to be forced into following along!).

Imagine a world where you can’t lie and get away with it. Everything changes from the inside out. It effects every aspect of living. It restores our ability to trust again, and so many have no trust any longer because of the state the whole world is in. Nothing is working any longer because the top point of the pyramid is cracking apart and the bottom is no longer willing to hold up the broken pieces. As with the theory of the Hundredth Monkey, it will not take everyone knowing how to master mental telepathy to see the shift. When enough people begin to use it, eventually the rest of the people will follow suit. We humans are herding by nature. We just need enough interest amongst the people to learn it and then we can all do it over time. If we learned this, as I said above, everything changes! All the game rules go out the window. It becomes a whole new way of living. It is time!

Energies are definitely amping up these days and it seems imperative we watch our own energies and use them wisely and not add to the chaos.  Focus on making the world better and stay far away from all of the angry, hostile, violent energies that keep trying to take over. We are better than that! Let’s use the full moon to surge ahead and make life shine. Here is the article. Enjoy!

Here is the story that goes with this….